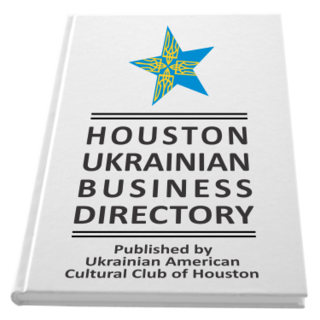 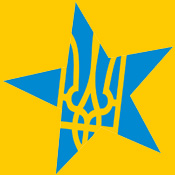 Murad Mahdalyna is now a member of Ukrainian American Cultural Club of Houston
Oct 16, 2020
Welcome Them! 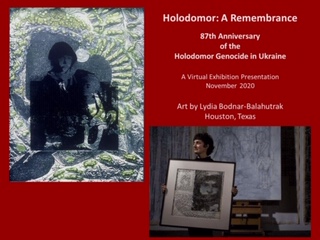 We are excited to announce a virtual art exhibition during the month of November titled Holodomor: A Remembrance. The exhibition commemorates the 87th anniversary of the 1932-33 Genocide-Famine in Ukraine and features the compelling and evocative artworks of Houston-based Ukrainian-American artist Lydia Bodnar-Balahutrak.

The exhibition consists of a slide deck in PDF format, totaling 35 panels in a continuous PDF feed. The project was created by Roksolana Karmazyn, Chrystia Bryndzia, Ksenia Rychtycka, Anizia Karmazyn and Olya Czerkas in conjunction with artist Lydia Bodnar-Balahutrak in an effort to raise awareness of the Holodomor through the moving and palpable medium of the visual arts.

To date, the following organizations and museums have signed on to host the exhibition:

Started by The UACCH Admin in In The News. Last reply by Donald Dankowich Aug 25, 2019.

Have news about a Ukrainian boxing match?  Have comments about a match?  This is the place for it!  We want to hear from youContinue

Started by The UACCH Admin in Ukrainian Sports. Last reply by Robert Apr 21, 2017.

For any and all information, stories, pictures and news on the events of Maidan in Ukraine.  Please feel free to post here.Continue

Where can you find good Ukrainian Food in Houston? 6 Replies

I have been in Houston for some time now and am always interested in finding some good pyrohy, with smytana and tsybulya. Does anybody know where I can find some good authentic Ukrainian food?Continue

Started by The UACCH Admin in Uncategorized. Last reply by Mike Swydnycky Aug 8, 2013.

Find us on Social Media

The UACCH is a non-profit organization dedicated to promoting Ukrainian culture and fellowship in and around the city of Houston Texas, USA.

For any website related issues or questions please contact The UACCH Admin by sending a message directly or by emailing to admin@uacch.net